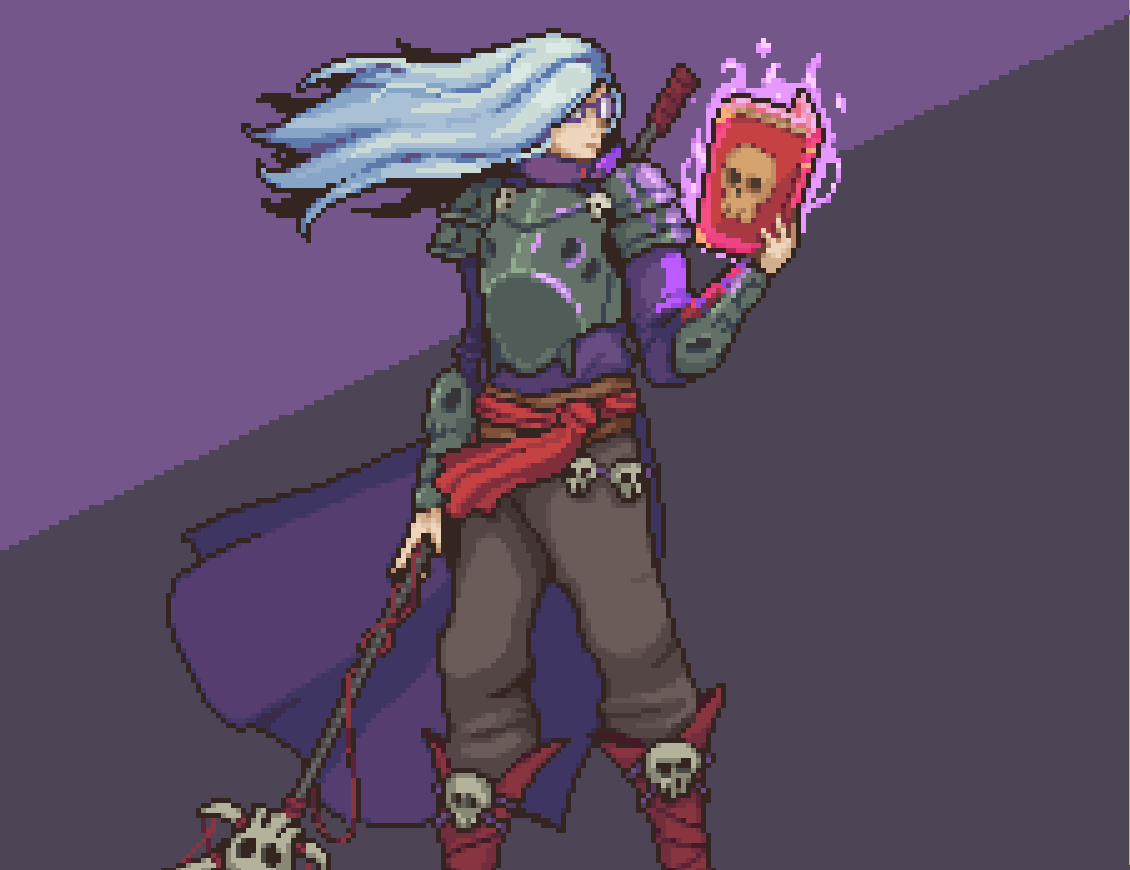 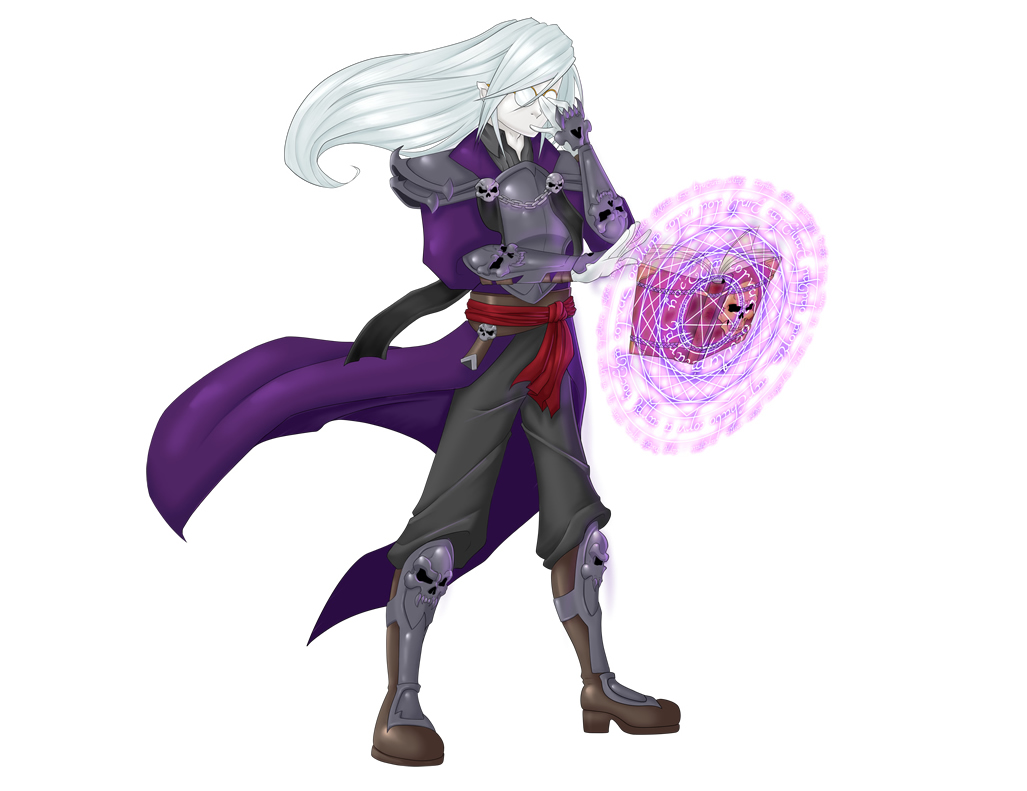 In the last days of their lives, people use to request the presence of one of the clerics of Megeos, goddess of death, so they can help make them the passage to the 'other side', guiding their souls safely. It's been done this way for centuries and, although they have a pretty macabre aura, they are well respected by everyone. It's a special power this one they have, a blessing from Megeos herself. Still, after seeing so much death, some of them start trivializing it, ignoring other's people suffering, and let themselves be corrupted. From that moment forward, they are know as Necromancers.

Instead of guiding the soul that just left the body in front of him, the Necromancer absorves it, prolonging his own life. He know he can't live forever and will eventually have to face Megeos wrath, but he does it anyway. With no respect for the dead, he learned how to reanimate them the bodies to use them as personal guards. And for passing so much time around diseases and decay, he learned to cast them unto others, stopping his enemies from healing from their wounds.

Where most people see only death, the Necromancer sees opportunity.

Raise Dead (Active)
Brings a dead unit back to life as a zombie.

Essence of the Dead (Reaction)
When another unit dies, this unit recovers HP.