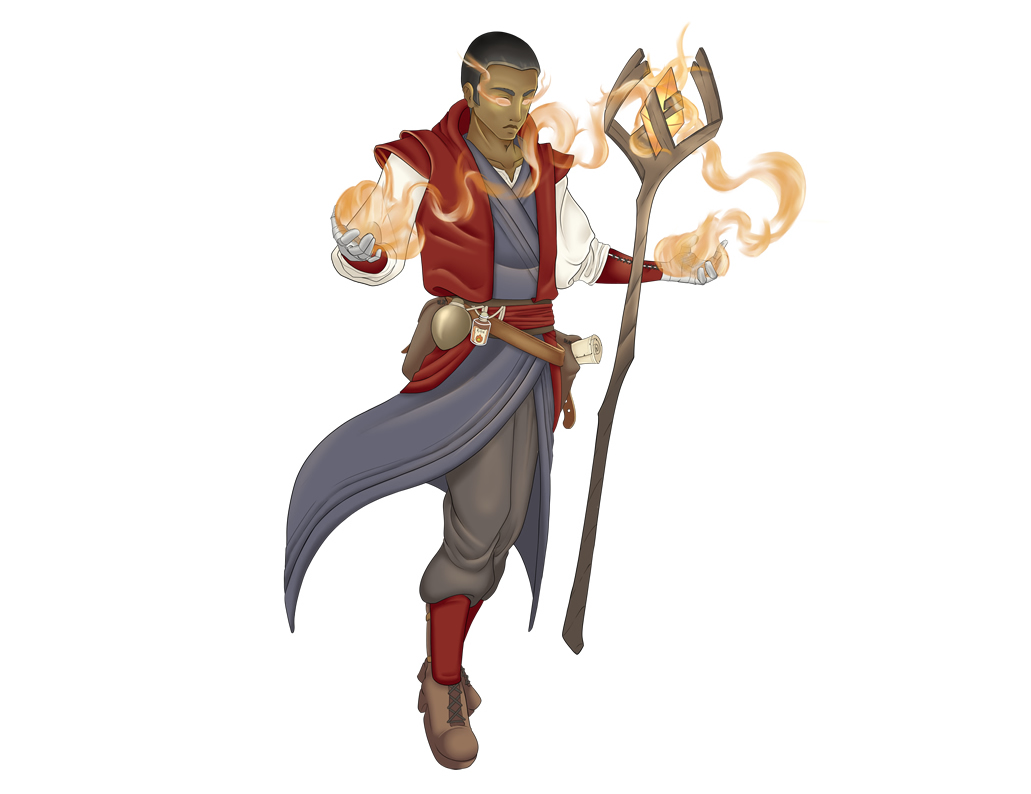 Of all elements, the fire is the one considered most destructive. While others worry about protect and regenerate, fire only cares about spreading and burning everything it can finds. The Pyromancer likes that. In his training he explored the Yrrnyn volcanos and the scorching deserts of the South Vendala, and now he can summon fire anytime to attack whoever stays on his path... which does not means he can fully control it. The flames are chaothic and sometimes seems like are alive on their own - the bandages on his body shows clearly that there are consequences.

The Pyromancer signature spell is his Fire Ball, that not only do a huge direct damage, it also leaves the target burning. Focusing on those lingering flames, he can create some sort of explosion that consumes the flames and paralize the target. After so long manipulating the fire, he also can learn to extend his flames duration so they can live (and burn) for much more time.

It's said Pyromancers can talk to the flames. I wonder what'll happen when the fire decides to talk back.

Fireball (Active)
Magical attack that may cause the target to burn.

Combustion (Active)
Magic attack that may stuns the target.